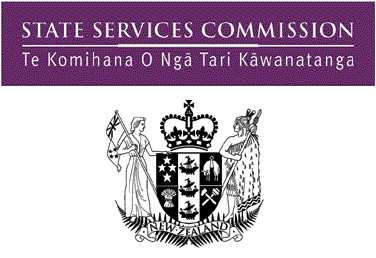 Laulu Mr Mac Leauanae has been appointed as Chief Executive of the Ministry for Pacific Peoples.

Ms Renee Graham has been appointed as Chief Executive of the Ministry for Women.

“I am very pleased we have been able to recruit outstanding young leaders for these roles,” Mr Hughes said.

“These are important roles for New Zealand and the Public Service, and the new Chief Executives bring diverse experience and strong leadership skills,” Mr Hughes said.

“I am confident they will be able to engage staff, stakeholders and communities and lead their agencies to help the Public Service deliver improved services and better outcomes for the New Zealanders their agencies serve,” he said.

“These are young chief executives, both with significant potential to develop further and achieve even more for New Zealanders and the Public Service during their careers,” he said.

Chief Executive of the Ministry for Pacific Peoples

Mac Leauanae is currently the Chief Executive of the Pacific Cooperation Foundation. In this role he works closely with New Zealand based Pacific communities, Pacific governments and New Zealand government agencies. The Foundation is funded by the Ministry of Foreign Affairs and Trade and works throughout the Pacific delivering sustainable economic development initiatives.

“I am very pleased to welcome Mr Leauanae to the Public Service,” said Mr Hughes.

Prior to taking up his role with the Pacific Cooperation Foundation, Mr Leauanae held senior management roles in a Pacific based horticultural product business and an Auckland based Primary Healthcare Organisation.

Mr Leauanae is of Samoan descent and holds the Chiefly title of ‘Laulu’.

He has been appointed for a three year term commencing on 3 July 2017.

Chief Executive of the Ministry for Women

As well as her policy expertise, Ms Graham also has experience in operational roles in Work and Income, before moving into project and management positions after starting her career as a frontline case manager.

“She also has skills and experience in operational roles and working in frontline public services which will give her a practical perspective on the work of the Ministry for Women,” he said.

Ms Graham has been appointed for a three year term commencing on 19 June 2017.

Mr Leauanae is currently the Chief Executive of the Pacific Cooperation Foundation, a role he has held since March 2014. The Foundation is focused on delivering economic sustainable initiatives in the Pacific region, funded by the Ministry of Foreign Affairs & Trade.

Prior to his current role he was the General Manager of Pure Pacifika Limited, a company that exported horticultural products from the South Pacific primarily into Asian markets.

Before this Mr Leauanae worked in the primary healthcare sector for ProCare Health Limited. He was initially the Pacific Health Manager and within a year was promoted into Senior Management roles.

Earlier in his career he worked in Pacific community & business development with a role at the Pacific Business Trust. He started his career practicing as a lawyer.

Mr Leauanae holds an MBA from Henley Management College, UK, with his dissertation focusing on ‘Community Participation in Governance’. He also holds an LLB from Auckland University.

Ms Graham is currently a Policy Director for the Ministry of Education, a role she has held since June 2014. In her current role Ms Graham is responsible for developing strategic policy and systems to improve the performance of the education sector.

Ms Graham started her career as a Work and Income Case Manager based in the Porirua Office.

She studied at Victoria University of Wellington and holds a Master of Public Policy (awarded with Merit) and a Bachelor of Commerce and Administration.

Photographs of Mr Leauanae and Ms Graham are available.