[youtube https://www.youtube.com/watch?v=Oak9FZSpmqI]
We need your voice, and as many voices as possible, so we can turn up the volume on this issue. Politicians need to hear from all New Zealanders that it’s no longer 1972. It’s 2017 and it’s time for New Zealand to be a fair place, a place where the sisters are treated the same as the misters.

GENDER PAY IMBALANCE
The average difference between what men and women are paid (this is sometimes called the gender pay gap).

EQUAL PAY
Paying men and women the same pay for the same work. After the Bartlett v Terranova case, this is also thought to include pay equity.

This is a policy principle in international conventions ratified by New Zealand, which require government action. This principle is addressed by two New Zealand Acts: the Government Services Equal Pay Act 1960 and the Equal Pay Act 1972, both still in force. Despite this, equal pay for work of equal value is not being delivered. The terms of the Equal Pay 1972 are not being implemented fully by the government.

Based on current figures, it’s going to take 45 years for women before women will be paid equally. And that’s not on.

Equal pay affects everyone: the recent uni grad just starting her first job, the mum who is taking a couple of years out of paid work to raise her children, or the home care worker who gets paid less than a male doing a comparable job. Treat Her Right is about all of us.

The Equal Pay Act 1972 prohibited discrimination of employees’ pay rates based on their sex. It also stipulated men and women in the same job must be paid equally; as well as equal pay for work of equal value for jobs that mainly employ women. However, these terms have not been fully implemented since 1972—shown in our current 13% gender pay imbalance.

“If I can’t dance, I don’t want to be a part of your revolution”

It’s taken a long time, and a lot of people, to get to this point.

There are many women like Prue Hyman, feminist economist; Martha Coleman, lawyer; and Elizabeth Tennet, former Labour Party MP. There’s Kristine Bartlett, the rest home worker who brought a pay equity case to the Supreme Court in 2012 and won. They’ve paved the way for us. But there is so much more to be done!

There’s Donna Summer, the 1980s songstress who sings the soundtrack (and the title) for the campaign. She works hard for the money/ so you better treat her right. Summer wrote the song after an encounter she had with an exhausted Los Angeles restroom attendant, Onetta Johnson.

There’s the 200 wahine who turned up in December 2016 to help us film our campaign video. Nurses, undertakers, home care workers, women danced to Summer’s She Works Hard for the Money in a synchronised dance sequence. When the camera rolled, each one lived in their own Beyoncé moment. 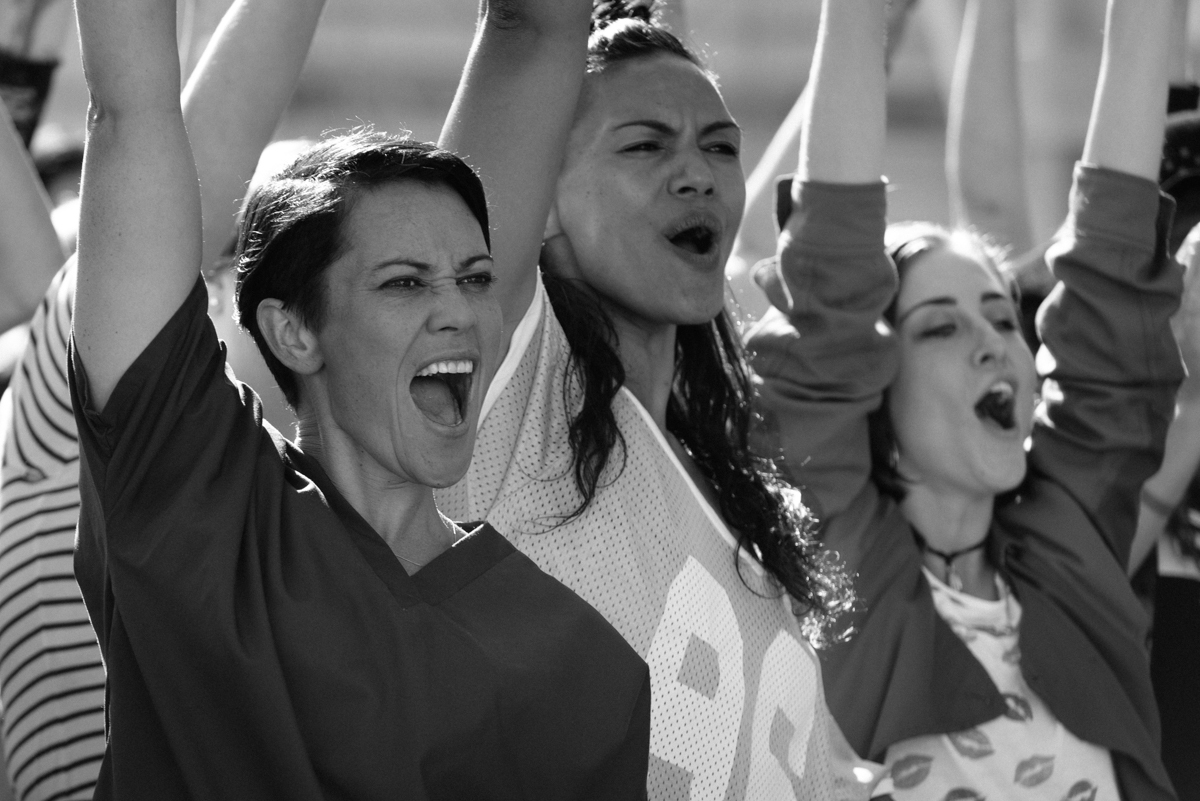 There are women like Director Loren Taylor and Cinematographer Ginny Loane, who brought Treat Her Right to life on film in the campaign video. Double Denim’s Directors, Angela Meyer and Anna Dean, who devised the Treat Her Right campaign. There’s the crew at Shut Up and Dance, who choreographed the video.

And finally, there’s the New Zealand Council of Trade Unions, who commissioned this campaign. Unions are the united voice for working people and their families in New Zealand. They bring together 320,000 New Zealand union members in 31 affiliated unions, and promote unionisation and collectivism through active campaigns. They’re all about equal rights, inclusivity and equal opportunity.

The Treat Her Right campaign exists to inform and educate the public about equal pay, to make sure that the issue of equal pay is high on the government agenda.